You are here: Home › Welcome › Staff

Rev. Dr. Jack DiMatteo
Rev. Dr. Jack DiMatteo grew up in Phillipsburg, New Jersey and attended Rider University where he earned a BS in Accounting. After beginning a career at Coopers and Lybrand, Certified Public Accountants (then nationally ranked among the “Big Eight” firms in the field), he answered the call to ordained ministry and received his M.Div. degree from the Lutheran Theological Seminary at Gettysburg, Pennsylvania. Years later, Rev. DiMatteo engaged in further studies and was awarded a Doctor of Ministry degree, with concentration in pastoral theology, from the Lutheran Theological Seminary in Philadelphia.

“Pastor Jack” has been an ordained ELCA pastor for thirty-three years and served full-time at three New Jersey parishes: Dunellen, Keyport, and Budd Lake. For the previous five years he was called to serve as a “shared pastor” for ELCA congregations in Denville and Rockaway, NJ. Currently, he remains faithful to his call at Holy Trinity Lutheran Church, Rockaway.

For seventeen years Pastor Jack served as a full-time hospice chaplain under call to specialized ministry by the ELCA-NJ Synod. At one time he was Chief Operating Officer for the Center for Hope Hospice, Linden, NJ. Shortly after the September 11 national disaster, he was appointed by the Bishop to serve as Director of Lutheran Disaster Response-NJ while establishing counseling services, support groups, and financial assistance for NJ individuals and families directly affected by the World Trade Center collapse.

In 2015, Jack authored and published a book, Faith and Farewell: When Your Parents Approach Their Final Days, available at Barnes and Noble, Amazon, and bookstores everywhere. Pastor Jack is no stranger to SOTH and the Sparta community. Back in 2002-2003, as a resident of Sparta, he assisted Pastor Barry Benson at SOTH, teaching confirmation classes, facilitating youth gatherings, visiting the hospitalized, and preaching at least once monthly. Back then, Jack also found time to coach Sparta little league baseball and football, and even served occasionally as a football public address announcer at Ungerman Field, behind the Sparta library. His current e-mail address is the same as it was “back in the day” reflecting his long-time Spartan affiliation: jackspartan79@gmail.com.

Jack is still a distance runner (former marathon runner) and is an avid fan of the NY Yankees and the Minnesota Vikings. His four children are grown now and all living out of town. Jack will be a grandfather for the first time in September, as his daughter and son-in-law (in Philadelphia) are expecting their first child.

Pastor Jack is looking forward to his SOTH reunion this year, and prays for the Holy Spirit to guide and direct SOTH’s mission in the days ahead.

Music Director Ronn Sacchiero
Ronn has been a part of the SOTH family for over 40 years but he first shared his talents with us on Palm Sunday, 1996, to fill in when the previous music director was ailing. He was officially installed as music director in September of 1996. Since then, he has used his faith and vision grow participation, year after year. His gifts allow him to lead this community of faith musically as we use our gifts to sharing God’s love with all. 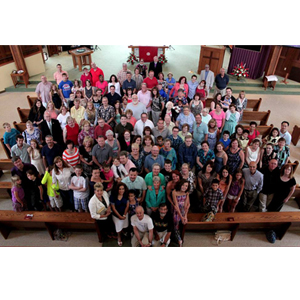 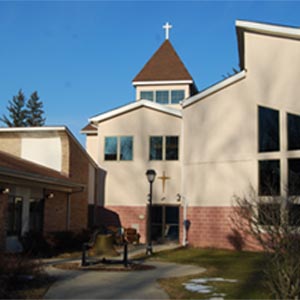